Vallecitos is committed to meeting all of its customers' water, wastewater and water reclamation needs. Miles and miles of pipe, lift stations and pump stations are critical to servicing the District’s 45-square-mile service area, but just as important are the facilities listed below:

Administration building
Decisions made by the Board or staff from the Administration building have a great impact on your water or sewer service. Along with housing the District's Board room, it also contains offices for the Finance, Engineering, Administrative Services and Executive staff. Shortly following its 1997 opening, the building was honored with the 1998 Orchid Award by the San Diego Architectural Foundation for best and built environment. In 2010, the District revamped the front garden to feature California native plants, water features that use water collected in a rain harvesting system, and other sustainable features that visitors can implement at home.

In 2006, the District constructed solar ports over the fleet and employee vehicles to offset energy usage at the headquarter facilities.  This solar power system supplies up to 90% of the electricity used on site each year.  To see a real-time display of the solar energy production at Vallecitos, click on the link below:

Meadowlark Water Reclamation Facility
This facility based in Carlsbad, CA recycles up to 74 percent of the wastewater generated within the District’s boundaries. After treatment, this water processed at Meadowlark is used again for irrigation purposes in the Carlsbad-Encinitas vicinity. A $19 million upgrade that essentially doubled output to 5.25 million gallons per day without extending the existing facility’s boundaries earned the plant the Civil Engineering Society’s “Award of Excellence” for 2009 and “2008’ Recycled Water Agency of the Year” award from the WateReuse Association.

With one at a capacity of 33 million gallons and another next to it at 40 million gallons, Vallecitos’ Twin Oaks Reservoirs No. 1 and No. 2 aren’t simply neighbors but a water storage dynamic duo. Both facilities feature a pre-stressed concrete exterior to increase durability and strength. The two structures rivaling the size of a typical baseball stadium are the largest of their kind, with the 40-million gallon facility considered the largest in the world.

Besides being structurally sound the facilities are further buried underground for aesthetics to better blend with the community. Engineering companies have honored both with awards for their design. But the District chooses to recognize them for something far more important – additional storage to increase service reliability in the event of emergency.

The District's South Lake Reservoir was built in 1959 with an earthen dam and was used as an actual water source for San Marcos until November of 1984. Read more.... 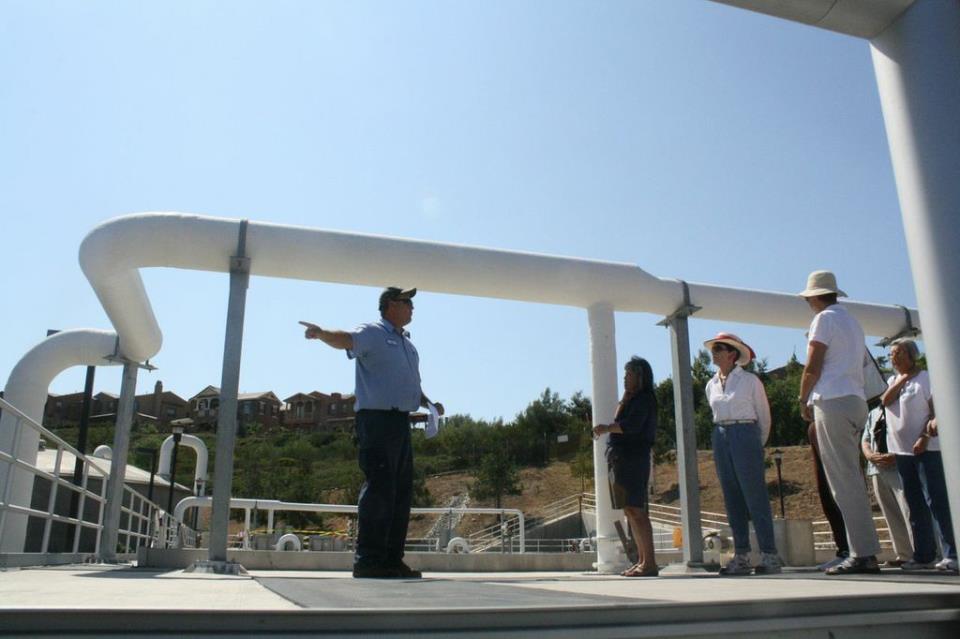 The District routinely schedules tours of its facilities through its “Water Academy” program. The event is free of charge and available to all customers, and provides a behind-the-scenes look at the important role facilities such as these play in providing and disposing of your water. Click here or call (760) 744-0460 to be added to the waiting list for the next tour.

Free viewers are required for some of the attached documents.
They can be downloaded by clicking on the icons below.