At Vallecitos, the health and safety of our community is our top priority. In order to minimize exposure and slow the spread of COVID-19, the District's lobby is now closed to the public. Customers may still interact with Vallecitos staff via phone at (760) 744-0460 or by email. Water bills can be paid in a variety of ways that do not involve visiting District offices, such as online billing or using our drop-box outside. Learn more about payment options...

Water arrives and wastewater exits your home quickly on demand. However, to make this happen, in addition to using the vast pipes associated with its state-of-the-art water distribution and disposal system, Vallecitos enlists help from these external partners to assist in meeting that service obligation.

Water Wholesalers – As Vallecitos does not have a local water supply within its service area, it is reliant on imported water deliveries from the Metropolitan Water District of Southern California (MWD) and the San Diego County Water Authority (SDCWA), which is the their largest water purchaser.  MWD owns and operates the Colorado River Aqueduct, and also obtains the most water from the State Water Project for delivery of Sacramento-San Joaquin delta water to Southern California. They import water 444 miles from the Sacramento-San Joaquin delta in Northern California and 242 miles from the Colorado River and store and treat it at Lake Skinner in Riverside County. The treated water is then delivered to Vallecitos via the SDCWA aqueducts that run throughout the county. Once the water enters our boundaries, it is delivered to customers through Vallecitos' large, well-planned system of pumps, reservoirs and more than 350 miles of pipelines. Learn more... 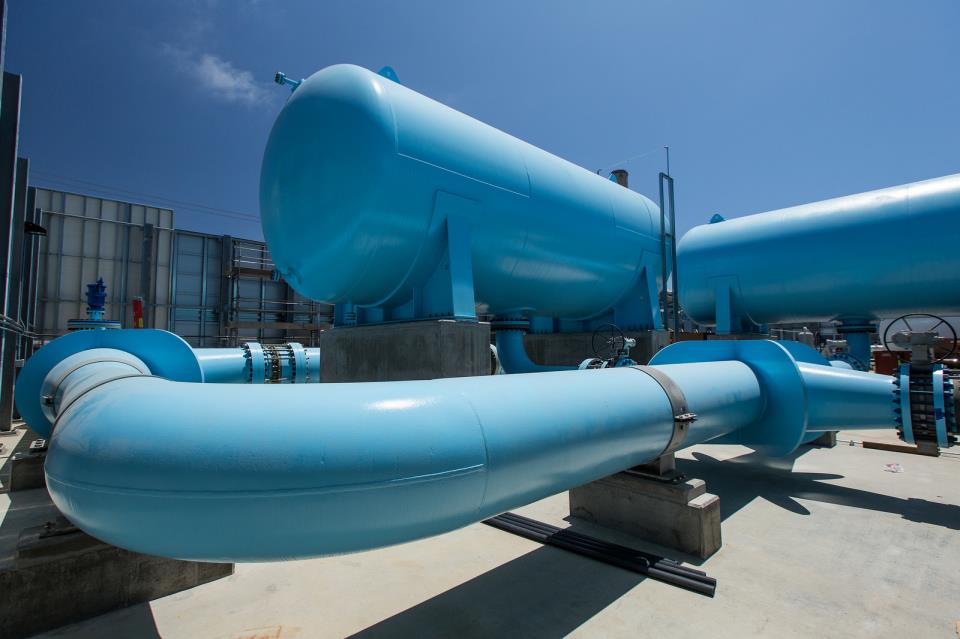 Seawater Desalination – In 2016, the District began receiving 3,500 acre feet (1 acre foot is 325,851 gallons) annually from the Claude "Bud" Lewis' 50 million gallon per day reverse osmosis plant constructed on the Carlsbad coast. This equates to approximately 27 percent of the District’s annual supply and is enough water to meet the needs of more than 8,100 families for one year.  The arrival of water from this local, endless source complements current imported supplies, increasing availability despite drought and regulatory issues that have threatened Vallecitos supplies in the past.  Some additional benefits of using desalinated seawater is that this water is of higher quality than imported water, this local source can provide water that would be accessible during a major emergency if imported water is not available, and desalinated seawater can significantly reduce the impact to our customers in case water-use restrictions are imposed by wholesalers due to drought or natural disaster.

Olivenhain Water Transfer – Looking to further bolster local supplies, Vallecitos entered into a water purchase agreement with neighboring Olivenhain Municipal Water District. After building the necessary infrastructure in 2015, Vallecitos now receives an additional 2,750 acre feet annually from the Olivenhain Reservoir to meet customer needs at the District’s lower elevations near San Elijo Hills. The combination of desalination plus the water received from the Olivenhain Municipal Water District provides up to 45% of the District's long-term supply with local resources to further increase reliability for our customers.